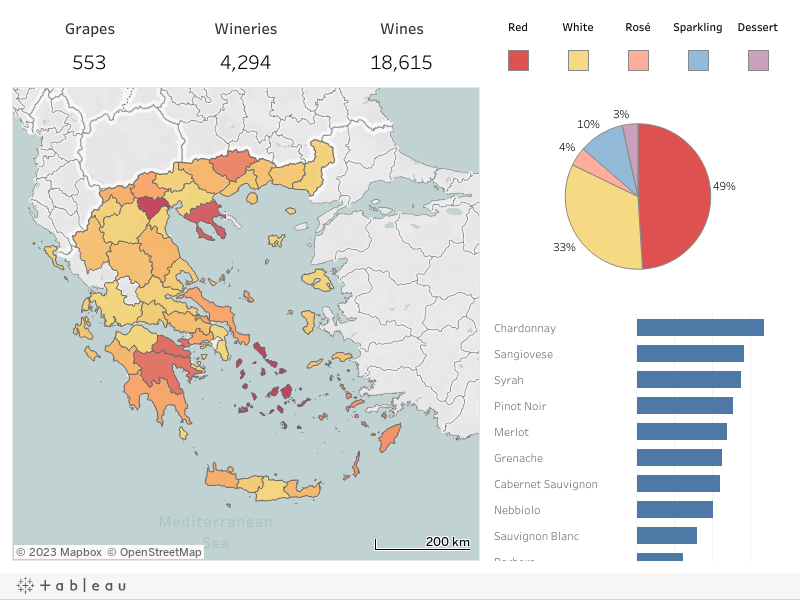 Greece was among the first territories in Europe to produce wine, with the first traces dated 6,500 years ago. Under the Roman Empire, the prestigious Greek wines were traded in Italy and throughout the Mediterranean.

Most wineries today produce on a small scale, with small and often hillside vineyards, with a yield per hectare that is half that of French or Italian vineyards, thanks to scarce rainfall and lack of irrigation.

Greece is home to dozens of varieties of indigenous grapes, especially Assyrtiko among whites has acquired international fame, but Vidiano (Crete), Malagousia and Moschofilero are also very popular.

Among the red varieties, the most interesting are Agiorgitiko, from the Peloponnese region, and Xinomavro, from the Naoussa area.