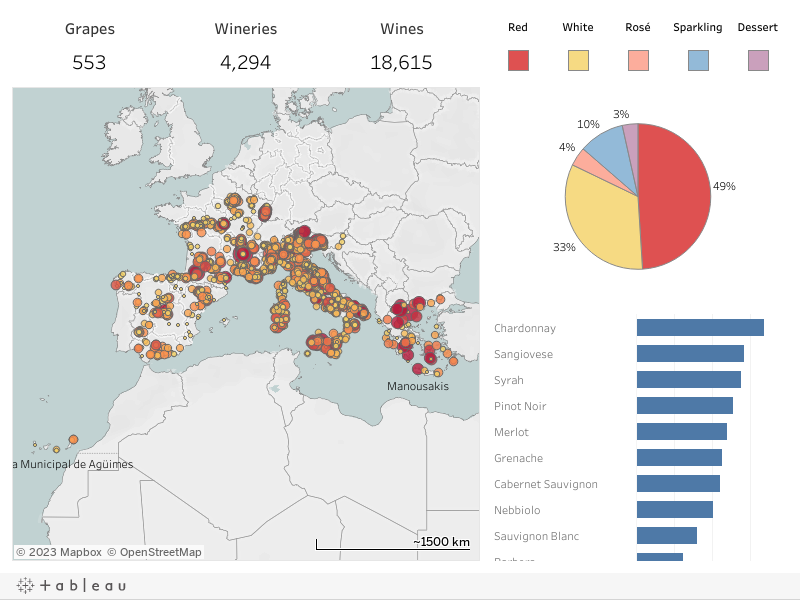 Tuscany is one of the most famous Italian regions in the world of viticulture, widespread since the time of the Etruscans.

It mainly produces red wines, over 70% of the total, most of which are obtained from Sangiovese.

In addition to Sangiovese, native grapes such as Canaiolo Nero, Colorino and Ciliegiolo are often used in red wines.

Among the white wines are Vernaccia di San Gimignano, Vermentino, Trebbiano Toscano and Malvasia Bianca, the latter two used in the production of the Vin Santo passito wine.